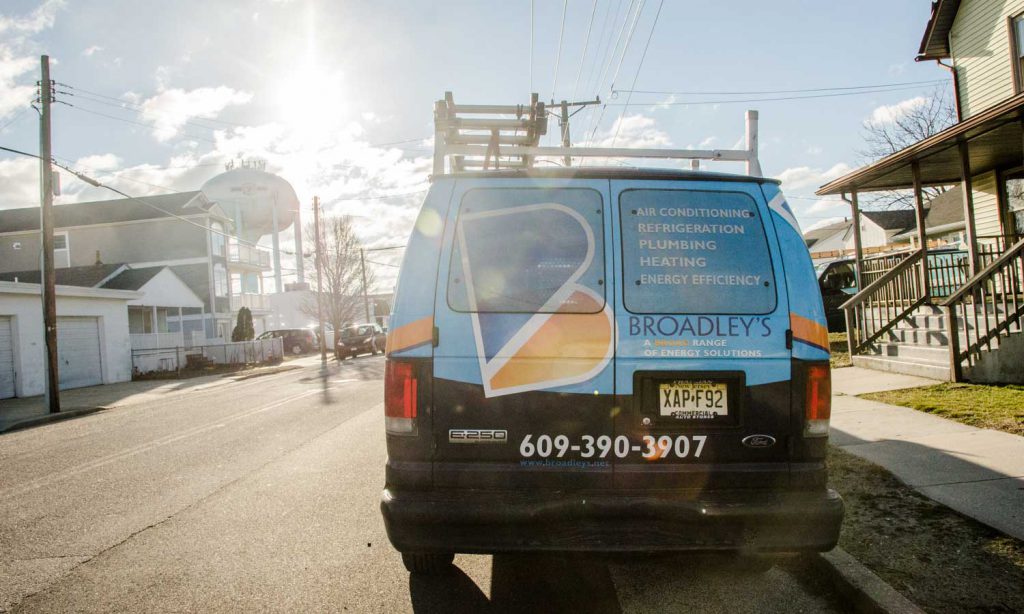 There’s no good time to need an emergency plumber. But, hours before your extended family comes over for a holiday dinner party is an exceptionally bad one.

Early on Easter Sunday, our Ocean City, NJ homeowner was busy preparing dinner for 16 guests. Things were going smoothly until she used the bathroom.

The water in the toilet wouldn’t go down no matter what she did. At first, it didn’t seem like too big an issue. After all, it wasn’t the only bathroom in the house.

But, it turned out that each one had the same problem. With the ham almost ready for the oven, she realized she had no accommodations for when her family arrived.

The clock was ticking, and she knew she had to make the right call — literally. Fortunately, she already had a trusted service that did great work and would show up last-minute on a holiday weekend.

Problem: None of the toilets in an Ocean City, NJ home were working a few hours before our homeowner’s family came over for Easter Sunday dinner.

Solution: Our service technician found the root of the problem, cleared the blockage, and cleaned everything before guests arrived.

The problem started on Holy Thursday. That’s when our technician, Elliott, came out to repair a leaky toilet.

Water was seeping out from around the wax ring that seals the toilet to the floor. It’s a sign that the ring had deteriorated over time.

Replacing that ring is a simple fix. But, over the next few days, a bigger problem unfolded.

By the time Elliott came back on Sunday, things were much worse. Not only was that toilet leaking again. Now, none of the bathrooms in the house were in working order!

It turned out the problem wasn’t just one toilet. Instead, there was a major blockage in the sewer line leading out of the house.

The problem wasn’t just that ring. Since the clog was outside the house, it affected all the plumbing fixtures. The toilet Elliot fixed earlier was on the first floor, so it was the first one the clog affected.

Now, it was an emergency. And, it’s one that can get ugly.

Ok, the story in that link is an extreme case. But, it’s definitely a problem that needs immediate attention.

All the water from sinks, showers, and toilets were now backing up and building pressure. Water weighs eight pounds per gallon, and now those gallons were pushing on the wax seal — the “weakest link” for any toilet.

Our homeowner tried flushing the upstairs toilets again. Then, she watched Elliot remove the toilet and confirm the blockage.

Working against the clock

Just a few days ago, everything seemed fine. Elliot fixed a leaky toilet and our homeowner was happy. Now, she had no working plumbing and.more than a dozen people on the way.

Fortunately, she had Elliott on her side.

First, he called a technician with heavy-duty equipment to clear the blockage. Usually, his job would be done at that point. But, he stuck around to help speed up the process.

While waiting for his colleague Elliot began cleaning and prepping the bathroom. This way, there’d be less to do once the job was done.

Then he pulled double duty, helping load in the equipment and cleaning while the job was going on. Finally, he stuck around to reinstall the toilet while the other tech wrapped up his work.

Our homeowner had called just in the nick of time: Guests started arriving minutes after Elliot left.

Now, the hectic morning was our homeowner’s little secret. With everything squared away, she was able to finish her cooking and prepare the house. And, when her family arrived, everyone enjoyed a delicious meal and relaxing holiday.

There’s no good time for a problem with your toilets, but a holiday weekend ranks among the worst. If you have a plumbing emergency in Ocean City, NJ, Avalon, Marmora, Upper Township, Stone Harbor, or any town in Atlantic or Cape May counties, call Broadley’s any time, day or night!