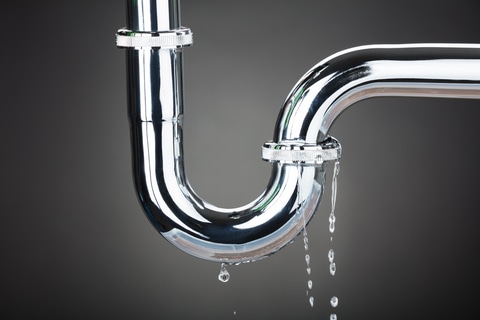 It’s rare that you’ll encounter a smoking gun when it comes to searching for a water leak in your home. There’s usually a problem somewhere out of sight, not — thankfully — a pipe gushing dozens of gallons of whatever everywhere.

But, a slow, steady drip somewhere can result in damage to walls and joists, bad smells, and mold infestation. So, if you suspect a leak somewhere, don’t ignore your instinct!

In fact, you’re more likely to notice a problem like this now than ever before. Broadley’s has gotten way more plumbing calls than usual lately. With people home way more often in 2020 than in previous years, homeowners from Marmora, NJ through Avalon, Ocean City, and Cape May have keyed into big and small plumbing problems.

Many of these issues had gone unnoticed when people were leaving the house much more often. Or, they got worse from heavy usage.

So, as we said, go with your gut if you think there’s a problem. And, that doesn’t mean automatically paying money to a professional. Instead, you can do some troubleshooting yourself to pinpoint a problem on your own.

Maybe you’ve noticed your water bill going up. That’s nothing strange in 2020: More people home all day means more toilets flushing and more sinks running. But, the numbers continued to climb after quarantine, you may be losing water somewhere.

You can use your water meter to see if it’s just overuse or something worse. To start, turn off every faucet in the house. Make sure no toilets are running and neither the dishwasher nor washing machine are going.

Then, note the numbers on the water meter dial. They’ll tick up as you use water and more comes into the house.

If the numbers increase after an hour of no usage, there’s a leak somewhere. Next, turn off the shutoff valve. Wait another hour.

Did the numbers go up? If so, the leak is inside. If not, there’s more likely a problem outside.

Look for greener grass outside

It’s tough to find a leak in the lines coming into the house. They’re buried underground with no access. But, if your water meter sent you outside, you can check for a few indications.

Look for a patch of grass that’s greener than other areas. The reason could be more water underground nourishing the plants.

A more visible — but not nearly as common — indication is wet or spongy ground when it hasn’t rained in a while. If water’s been leaking for a while and building up, you’ll notice this.

It’s now time to do a thorough visual inspection inside the house. Anywhere you can see a pipe, look around for any signs that something’s wrong.

Check everywhere you can. Don’t forget crawl spaces at a shore house! Those exposed pipes are subject to more weather than indoor lines. And, check for an access panel near a bathroom so you can see behind the sink or shower.

But, the majority of the pipes in your house are covered up. So, you need to look for other clues.

Start with an easy one: The walls. Water collecting just out of sight often shows up here. At worst, you’ll notice clear wet marks on the wall or puddles or stains on the floor near the moldings.

Check for damage to paint or wallpaper. Peeling and bubbling can mean water is seeping underneath. Black spots are a giveaway but a bad sign: Mold.

Next, use your nose. One big clue is a musty smell, especially one that’s not in a basement or crawl space, or near any water fixtures.

If you’re picking up that scent, you could be zeroing in on a spot where water collects in a ceiling or behind a wall.

Next, tell everyone at home to be quiet for a few minutes … Then, maybe forget to tell them when they can make noise again? Hey, we’ve all been cooped up for a while.

Ok, in all seriousness: Next, you’re listening for any dripping behind the walls. It’s won’t be very loud, so it’s easy to miss even with a minimal amount of sound around the house.

If you have a newer house or updated the plumbing, this may be easier than with older lines. PVC pipes tend to make the sound more noticeable. Older cast-iron pipes make it tougher.

What you can try, however, is making the problem worse, temporarily, so it’s easier to hear. Run the faucets and showers, and flush the toilets.

Then, as soon as the water drains from the fixtures, listen at the walls near it. The extra activity should make the sound a little louder for a moment. Just don’t be fooled by the natural sound of the water passing through.

If you’ve found a leak, or strongly suspect you have one in your house, don’t ignore it! The problem won’t go away. It will only get worse. That said, however, it’s an inconvenience but not necessarily a catastrophic problem — especially if we call it early.

Call or email Broadley’s for all your needs in South Jersey. We’ve served Cape May and Atlantic counties for nearly a century, and we’re here to help you!