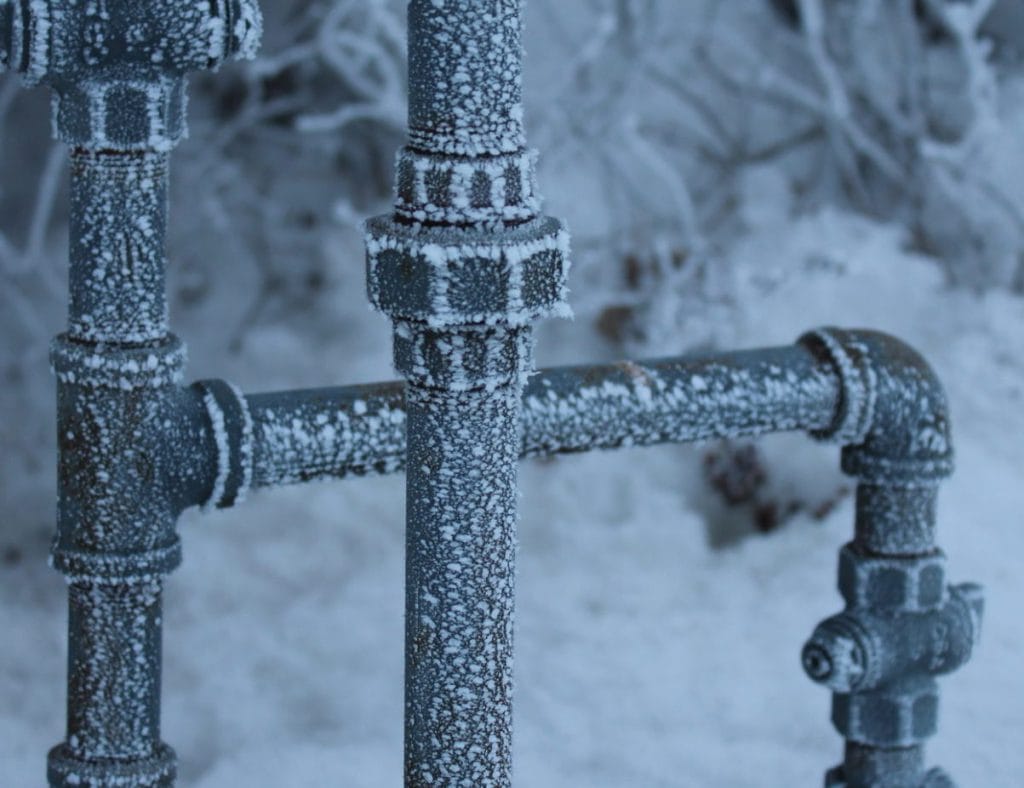 We’ve previously covered how to prevent frozen pipes in Jersey shore towns. But, sometimes, you still can’t avoid it from happening. So, in this article, we’re going over how to thaw them yourself.

It’s important to jump on the problem right away. If a pipe bursts, you’ll end up with thousands of dollars in damage as dozens of gallons of water spill into your home every minute. 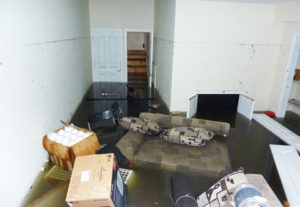 The problem is more common in towns like Avalon, Ocean City, or Cape May than in places further inland.

That’s because many houses are raised a few feet off the ground. So, the pipes are more exposed to the elements.

And, with many vacation and rental properties in the area, a lot of homes are unattended in the cold months. That makes it easier to miss.

Whatever the case, let’s get into how to fix a frozen pipe problem quickly and without paying for repairs. And, we’ll wrap up by letting you know when it’s time to call a professional.

Follow these three steps to thaw frozen pipes before they burst:

Let’s start with the first two measures. Then, we’ll look closer at safely warming up the problem spots

Turn Off the Water Main 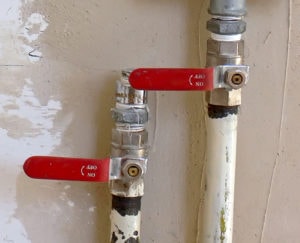 The first thing you need to do no matter what is turn off the water flowing into your house. This step is essential because the water is building up behind wherever the ice blockage is in your system.

Since it’s not supposed to do that, the pipes aren’t made to withstand that much pressure. Eventually, you’ll get a burst. That’s when all that water starts gushing out. 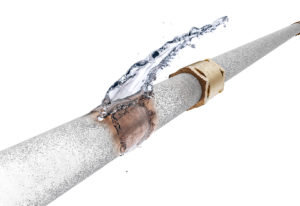 So, before anything else, prevent that from happening by stopping the water flow into your house.

The main is usually on the bottom floor of the house. Most homes near the beach don’t have basements. Otherwise, we’d say to check there. And, it’s often located on the wall closest to the street.

This step prevents the problem from getting worse. Now, we can work on getting rid of it.

Turn On All Your Faucets 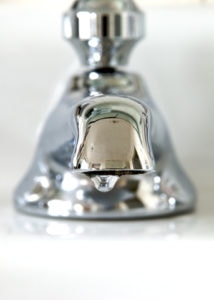 The next step is turning on your faucets. This relieves some of the pressure in the pipes. And, you’ll know the problem is solved once the water starts flowing again.

If you know the pipes are frozen but haven’t done this yet, you may still get some water coming out. That’s anything on that side of the blockage.

Once that water runs out, the faucets won’t give you any more water until you solve the problem.

Now, let’s get into thawing.

How to Safely Heat and Thaw Frozen Pipes

To get rid of frozen pipes, you want to identify the blockage point and then safely warm it up. Before we look into both of these, one word of caution:

Do not, at any point, use an open flame.

If may be tempting to use a propane torch or similar tool to apply some quick, intense heat. But, you’ll also weaken the pipe by making it way too hot. And, it’ll stress from such a rapid temperature change.

Not to mention, it’s also a fire hazard. So, throw out that option right now.

Fortunately, safer strategies are pretty easy and should work quickly.

How to Find the Problem Spot

First things first: Figure out where the ice blockage is. Feel along the pipes until you find the coldest point. If you notice frost on the outside of it as well, you know you’re in the right spot.

Sometimes, you can’t find the blockage. It may be behind a wall or something area you can’t access.

If that’s the case, do your treatments as close to the water main as possible. Odds are, the problem is close to the outside of your home, which is colder than inside.

Either way, the heat you apply will radiate through the pipe. Of course, it’s the quickest if you get it right at the spot. But, that thermal energy will get there either way.

How to Safely Warm Frozen Pipes

Here are three easy, safe ways to thaw those pipes: 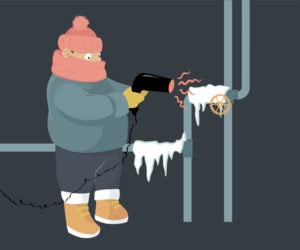 These heat sources offer a lot of warmth at once. And, they’re much, much safer than open flames.

If you can reach a pipe and have the time, hit it with a hairdryer. If you can’t stand there for a while, or you’re confident the problem is behind a wall, set up a space heater as close to the pipe as you can.

You can leave it alone for a little while. But don’t go too far or leave the house. An unattended space heater can still cause a fire if you’re not careful.

If you don’t have a space heater or hairdryer, here’s another way to apply heat: Soak some towels in warm or hot water. Then, wrap them around the pipe.

Again, do it as close to the problem as you can. The heat will transfer from the water to the pipe, warming it up.

It can be a little messy. And, you want to swap out those towels once they get cold. Remember, the principle here is that warmth is attracted to cold. 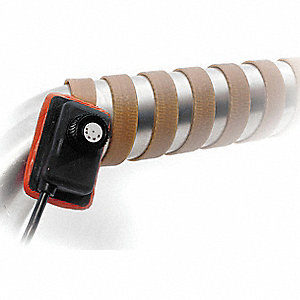 This solution requires you to go out and buy a few things. But, if nothing else is working, it’s the best way to fix things quickly.

It’s safe and easy to apply. Just stick it on the pipes as if you were using regular tape. Then, plug it in.

Keep an eye on things to make sure everything’s ok. And, of course, once the water starts flowing again, take them off.

If you can’t get your pipes thawed after a few hours or if you notice any bulges or spots threatening to split, call us at Broadley’s right away. With nearly a century of experience and service with HVAC and plumbing issues in the area, we’ll get everything taken care of before there’s an emergency.