How To Protect Your HVAC System From A Power Surge 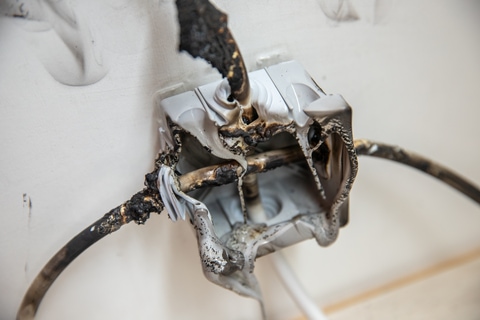 Once hurricane season rolls around, most Avalon, NJ homeowners worry about their homes losing power. They should also be worried about the opposite: too much electricity.

That’s what you get with a power surge: A sudden wave of way too much electricity coming into the house. It can damage your electronics and even your HVAC system.

Any appliance relying on electricity even partially can get burned out for good with a surge.

Fortunately, Broadley’s is here to help! 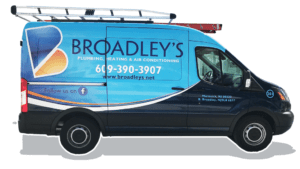 In this article, we’ll explain why power surges occur, exactly. We’ll differentiate between surges, outages, and brownouts. Then, we’ll give you some tips on how to protect your home from them.

Meanwhile, feel free to call or email us with any questions about your home in Avalon, NJ. Starting with an in-person or video consultation, we’ll look into the best ways to keep your home — and your HVAC equipment — safe.

A power outage is when no electricity comes into the house. Brownouts are a cousin to outages: the power dips for a moment, and you usually notice the lights dim. A surge is when more power than expected comes in through the main. This phenomenon can be enough to override a circuit breaker and cause damage.

Surges are quick — they usually last less than a second — but can be devastating. It’s possible to get up to a thousand volts pumping into your house at once.

It’s worth noting the difference before going any further, so there’s no confusion about what we’re looking for and what we’re trying to prevent.

There’s not much you can do to prevent an outage. In the case of a storm, it usually occurs thanks to downed wires or a breakdown at a power station.

However, if you know there’s a bad storm on the way, turn off or unplug as many electrical appliances as possible. That way, you avoid any damage by something shutting down unexpectedly.

You don’t want to trip a circuit when the power comes on. Suddenly, you’re booting up the whole house, and your service is trying to pull too much electricity at once.

Instead, turn things back on one by one once the electric returns.

Power surges pose a similar threat, but it’s more severe, and you can’t predict one nearly as well. A spike that lasts even a second can send 1,000 volts into your home in a short amount of time.

We’ll go over causes, including downed power lines in storms and old wiring a little later. Even something like a heavy-duty electronic device such as a laser printer cycling on and off can cause a surge.

Most homes get 120-volt service. That means your wiring won’t let more than 120 volts through the lines at any time. Consumer electronics, such as TVs, coffee makers, and computers are designed to work with that current.

That’s why you see electric dryers with different-looking outlets. Those more substantial appliances require 220 volts, so they need a different line and outlet.

At any rate, when you get a surge, it’s too much even for your circuit breaker to deal with. Then, you get way more than 120 — or 220 — volts coursing through your wires.

A sudden blast that’s way more powerful can fry the circuit boards in a device, and even burn out an outlet. Sometimes, the problem manifests months or a year later.

Power Surges and Storms on the Jersey Shore

Hurricane season can bring surges along with outages. Downed wires are probably the biggest culprit.

The problem often occurs when the power comes back on. Suddenly, your utility company restores power. You get an “inrush” of electricity as the previously empty lines get filled.

That’s when too much power too soon comes coursing into your home.

Scared yet? You don’t have to be. There’s an easy way to prevent power surges from damaging your home’s HVAC equipment and other electronics.

Now, when it comes to the consumer-grade stuff, most of the same things you’d do to prevent damage from a power outage also help. That’s stuff like unplugging electronics when there’s a storm and using power strips all the time.

Next, update the electrical service in your home if the wiring is very old. Frayed or degrading wires won’t carry power the way they should. Often that results in brownouts, but there’s also the risk of a power surge when the wiring doesn’t regulate the current properly anymore.

As far as your HVAC system specifically: You need volt surge protectors because you can’t unplug your furnace or central AC every time you think there may be an electrical problem. 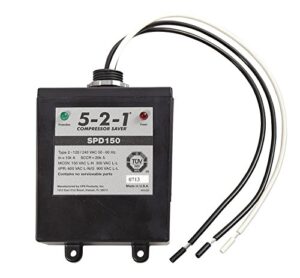 Volt surge protectors work pretty much the same way as a power strip. But, you can get ones designed to regulate power for heavy-duty equipment like HVAC or electric dryers.

You can also get them to attach directly to the circuit breaker. This way, you’re not concerned with each individual outlet. This way, you’ve got an extra layer of protection as power comes into the house.

Now, it’s still a good idea to use surge protectors on outlets whenever possible. But, the ones attached to the circuit board are crucial against bigger surges that can fry everything.

Broadley’s HVAC service includes protecting heaters and ACs from power surges in Avalon, Marmora, Ocean City, NJ, and other towns in Cape May and Atlantic Counties. Call or email us today to find out what we can do for you.