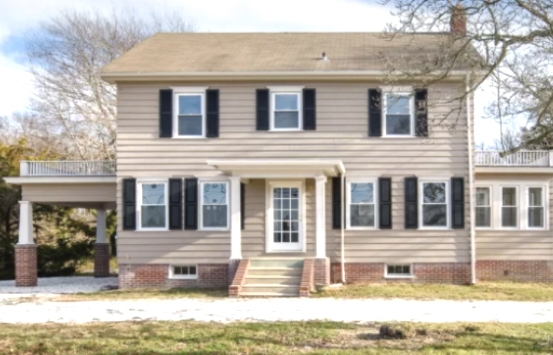 A cracked heat exchanger was the last straw for this Cape May Court House, NJ homeowner. She’d already had a meter installed for gas heat. Now, finding out her heater needed replacement gave her the final push to go ahead with an oil-to-gas conversion.

The problem had been brewing for years: Oil prices keep going up, and there were no gas lines in the area for a long time.

Now, however, more towns than ever in South Jersey are equipped for natural gas. And, when the heat stopped working, our homeowner knew it was time to make the change finally.

In this case study, we’ll review:

Meanwhile, if you’re considering an oil-to-gas conversion in your Cape May Courthouse, NJ home — or if you’re having any problems with your current heating and cooling — call or email us at Broadley’s.

Problem: A homeowner in Cape May Courthouse, NJ needed a new heater due to a cracked heat exchanger. They also wanted to switch from oil to gas.
Solution: The customer already had a meter installed. We ran the lines through the house, installed a new Goodman furnace, and provided a set up to add central air later on.

Why A Cracked Heat Exchanger Is Bad

A cracked heat exchanger can leak carbon monoxide into your house. Since this is the chamber where combustion occurs, it needs to remain sealed tight. If it cracks, that gas can seep out. 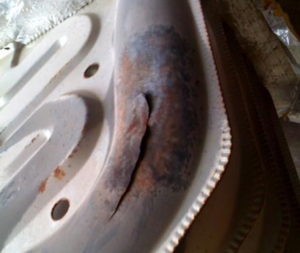 Unfortunately, you can’t safely repair the part because it’s one solid piece. There’s no guarantee a patch would hold.

Then, it often costs more to disassemble the system, replace the part, and put it back together.

In the case of our Cape May Courthouse homeowner, she realized there was a problem when the furnace wouldn’t turn on at all. The lack of air pressure tripped the sensors, and it shut down.

Once we laid this all out, our homeowner knew this was her opportunity to make the switch.

We see more and more homes in South Jersey switch to natural gas because it’s cheaper than oil and more widely available here than ever before.

The one drawback of gas heat has always been availability. With oil or propane, your home has its own tank. As long as a truck could get to you for a refill, you were all set. 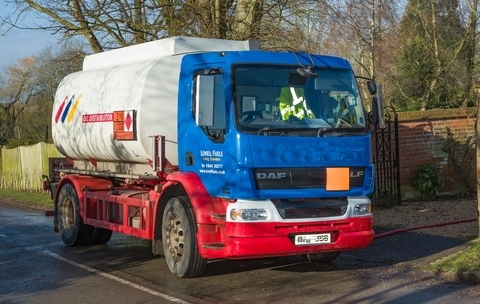 It’s why even some rural areas today still use oil, while cities started getting gas lines after World War II.

And today, those lines are finally reaching the Jersey shore. Your town needs to have lines running through them before you can use gas heating. Once the main infrastructure is in place, you can get an HVAC company to run lines directly to your house from the main.

Our homeowner had done her research. She knew she wanted to switch from oil to gas heat for three big reasons:

Oil prices fluctuate with the market and according to world events. So, sometimes it’s cheaper to go with oil. Other times — and you never really know when — it becomes much more expensive.

Our homeowner was tired of calling to lock into pricing and haggle with her delivery company to (hopefully) get a good rate. Even when gas is more expensive, the price never jumps too high.

Our homeowner told us specifically about the one time, years ago, that she let her oil tank go too low. She panicked on a cold winter day when there was no heat.

Her first thought was that she’d need a new heater. After all, there were no warning signs of a problem. It must have been a freak accident.

She was relieved when she found out that she just needed a refill. But she never forgot that feeling. Knowing there’d always be a steady flow of gas meant peace of mind to her.

Like many people, our Cape May Courthouse homeowner much preferred a gas range to an electric stove. But, with oil heat, she needed the latter. It would take a lot more time to heat up and didn’t cook quite as well.

Every time she visited friends up in Palmyra, she’d get a little envious of how much easier it was for them to make a meal. Now, she’d finally have a gas stove of her own!

Oil-To-Gas Conversion In Cape May Courthouse

With the cold weather already here, we were careful about getting everything back up and running quickly without making our homeowner feel rushed into decisions.

Even though she already decided on an oil-to-gas conversion, that cost plus the price of a new furnace meant a significant expense.

Our homeowner had already taken the first step. South Jersey gas ran the line to her house and installed a meter. That part of the process is free.

Now came the expenses: running gas through the house and buying a new furnace. 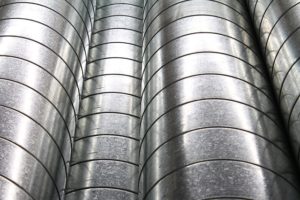 Our homeowner settled on a Goodman furnace. It’s in a sweet spot: much sturdier than a builder-grade model. But, not as expensive as the most high-end options while still offering energy efficiency.

After that, the work went quickly! We mapped out where the lines would run in the house. The price of conversion depends partially on how many feet we run. So, we found the shortest paths from the main to the heater and also the new stove.

Our homeowner was surprised at how quickly we got it all done. She thought a conversion like this would be a huge undertaking. But, for us, it was a quick, easy job.

Are you thinking of switching from oil to gas? Or, are you noticing problems with your heating and cooling system? Either way, Broadley’s can help!

Based in Marmora, NJ, we’ve served Atlantic County for more than a century. Call or email us today for an appointment or free consultation.